Protesters the movie: History of the Project.  Released in 2004, Protesters had been one of the first indie productions which was shot and produced on digital video.  The shooting started in 2003 when digital video, cameras, and equipment were a new-fangled thing, not accepted. At the start, most industry people wanted to be stuck on film and vowed to never do digital.  Of course, now virtually everybody does it, depends upon it!

Also something new, Protesters the Movie came at the turn of the internet revolution, when web video was first beginning in the world. Remember?  It was between 2002-2004 when videos was being streamed on the internet for the first-time ever in the history of the world.  These are some of the first videos which were ever broadcast on the world-wide-web for a very interested audience. 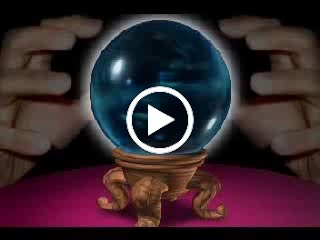 Frame-by-Frame storyboard will be posted...

Mister E would especially like to thank: Satellite Records, Daniel Byrnes, The NYPD, S.A.G., Sammy Summer Squash, and Maya Derren, for their crucial assistance, understanding, feedback, and generous support.
These characters may recur in a TV mini-series, as per a tentative deal which Silver Spring Studios is negotiating.
Every one of the cast members of this movie will also appear (planned) as characters of the indie film going into production, Winter 2004, entitled '"The Instant Messenger"' , first part of the '"kEyboa"' epic trilogy.

intro ---
Welcome to the great gotham city of Monstropolis,
located at the world's intersection,
swarming with the human throng.
One never knows what may occur here,
to alter the historic course of events.

Meet Felice Falafafull. A simple mind.
Not the sharpest pencil in the box.

special ed teacher
Her mentor, Professor Grizelhead tries
to explain how the world works.
He says there are 2 kinds of people in the world:
those who always complain, they're never satisfied.
And those who take life as it is,
they accept everything as it comes to them.
Then there are the protesters, they find something wrong
with the world and they aim to fix it.

Maybe it's like the blind leading the blind.
He's not exactly a mathemetician.
But let's take a look at who's in the neighborhood.
examples of neighbors
the laundromat
Here's Oopsey Erpsey...
Yeah, she's one of those who doesnt complain.
Here's Euronymouse Shmoop...
Yup, he's one of those who takes everything as it is.
Here's Jellydroll Dingle...
after Jellydroll throws the newspaper into the shower
Golly, she's one of those complainers. (pause)
And what about those who do the protesting?
Jellydroll and Felice's cousin, Upiqui
Jellydroll happens to be best friends with Felice's cousin
Falafafull Residence
Let's go to the Falafafull residence. Home sweet home.

going to the Protest Meeting
after they put up the protest posters
Night falls and they arrive at
the secret meeting place of the protesters,
deep in the belly of Monstropolis.

each protester's astral alter ego speaks "whatefer"
It's a heavenly realm, where no one is quite the same.
But Felice doesn't seem to fit in. How did everyone change?
Why arent they fighting anymore.? She has to get some answers.

Prophet send the magical sign down to Earth (Petunia catches it)
emotional rally at the riverside
The movement sweeps across the globe.
Everyones talking about whatefer. The media wants to know about whatefer.
What is the meaning of whatefer?

radio interview
skateboarders
limo
Everyone from the poor and downtrodden
to the rich and famous are getting involved.
They all protest whatefer.

protest sweeps the world
Now anybody can see that a brilliant idea
has the ability to change the world.
Even in the hands of Felice Falafafull.
But who could have predicted it?

more notes:
Enter the world of Felice Falafafull. [clip of her looking out over city] Is she a high class socialite of Monstropolis? [close-up putting up flyers] No - a village idiot, who can't seem to keep her own nose clean. [picking her nose on couch at home] Follow her on a mysterious journey from weird obscurity to fame and fortune. How does it all happen? Is it the fundamental teachings of her special ed. teacher ? Did her neighbors somehow enlighten her? How about her family? What strange twist of events carry her to the meaning of life? The secret lies within her involvement with "the protesters". A group conducting secret meetings deep in the belly of the city. What are their issues, their activism, what are they protesting? What do they plot, what do they hope to achieve? lines for fight scene in trailer and/or finished movie: Where are you coming from? That's just plain stupid. You have no idea what's important. What are we meeting here for? We stand for war. Get outta here. We want peace. Over my dead body! War. Peace. what's the difference? The best defense is a good offense. Peace-keeping armies, peace-keeping armies, that's what we need. Are you starting in with me? Are you trying to start a fight? You talking to me? You better not be talking to me. You don't have clue buddy! You people are spineless. You don't know WHAT you stand for. I know what i stand for - i just don't know what you stand for. All you wanna do is argue. You are so closed-minded. You never listen. Open your ears, open your eyes, this is the issue. this is what's important, this is what we should fucus on. That's ridiculous! No, you're ridiculous! Do you have a brain? That is a non-issue. that is so unimportant. What? That is an insult to everything that I believe in! Is it some bizarre cult-like ritual? And what happens to Felice as she gets in deep over her head? What happens as she enters the twilight zone? Follow Felice on her incredible adventure - these lines are also passionate and emotional: (this is done as qestioning, even sarcastic to a point, like you dont believe what you just heard) - during the scene when Felice returns from astral dimension and she interrupts group to tell them the message What was that? Whatefer? What the heck is she saying? What's the meaning of whatefer? Whatefer what? - then, starting to understand... Oh I get it! Whatefer. whaaaat - effffffffffffffffer..... effffffffffffffffffffffffffffffffffer. Yeah, that's it i like that! I get it. Whatefer! protest whatefer! Right! She's a genius! - Then during the protesters marching and rallying (this is done with total belef and confidence - forceful) Protest Whatefer!! Whatefer!!!! the chant: Whatefer Whatefer Whatefer Whatefer Whatefer - also, for the protest group, greeting each other, when theres a new speaker Hello Justin Hello Eggbert! Hi there, eggbert (we can definitely use various male and female voice-over, when we blend the new footage of Wolfgang as Eggbert with existing footage of Justin) Howdy Petunia Hey Bud, hello Bud and you will be wondering about WHATEFER? What is whatefer? Does Felice know the meaning of whatefer? Is that the answer? The answer to what? whatefer? Whatefer - forefer and efer and efer and efer.... ------ Read:
Here's Upiqui. With her HOT & BOTHERED campaign. She's pro-porno all the way. That's her in the magazine. ..... pause What do you know, Justin D Bandwagon doesn't agree. Some kind of male chauvinist pig.... pause By this point, everybody has gotten hot and bothered! *********************

after movie
...one never knows when a brilliant idea will suddenly change the historic course of events. It may come from the most unlikely source and the strangest of heroes. So if you want the world to become a better place, be prepared for Whatefer! FELICE FALAFAFULL says: I'll be protesting with you forefer and efer and efer....